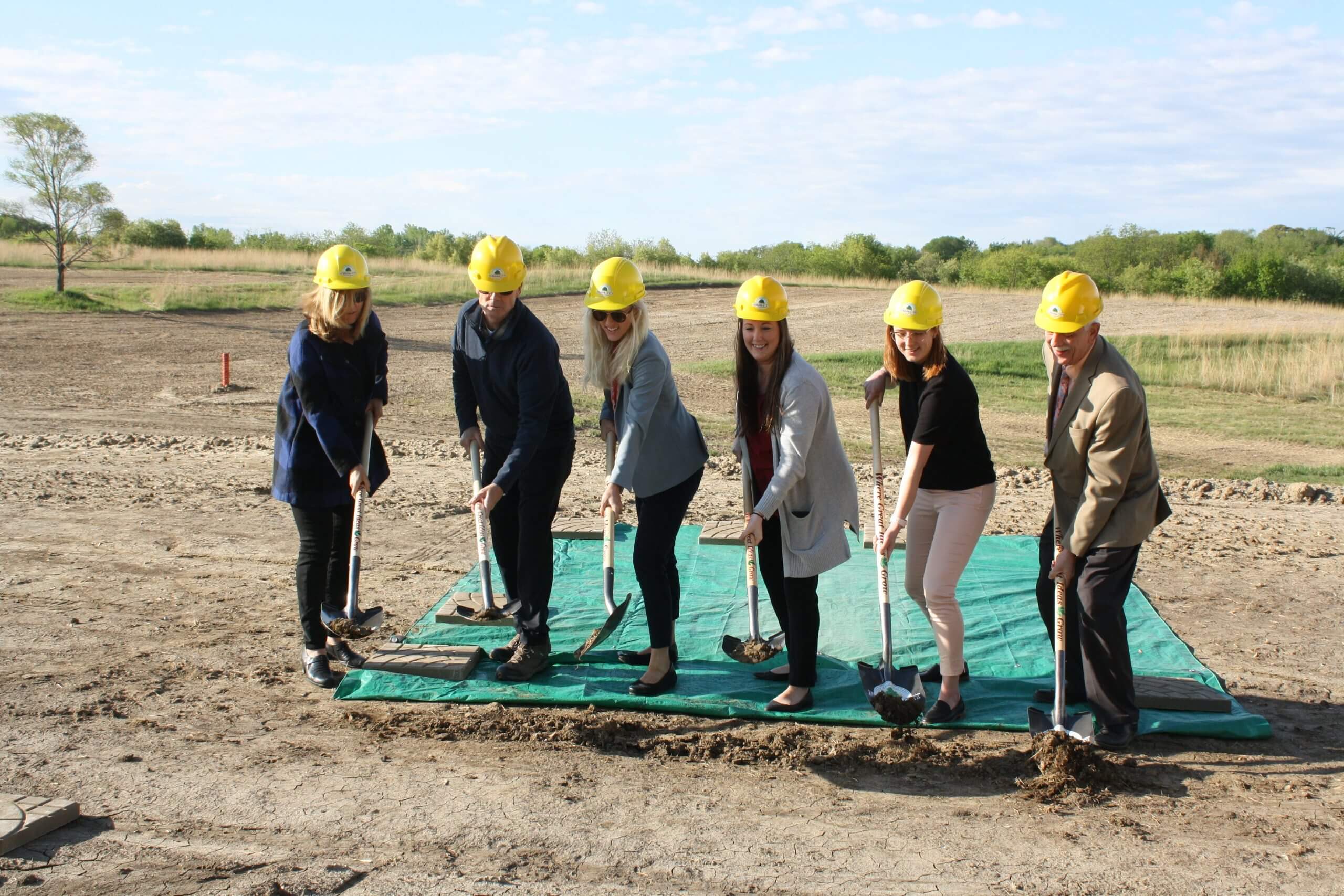 They say every cloud has a silver lining. That adage rang true today in Nebraska City, where local and State officials gathered to break ground on four single-family homes made possible by disaster flood relief dollars from the Nebraska Affordable Housing Trust Fund.

“Over two years later, Nebraskans are still experiencing the impacts of the 2019 bomb cyclone, one of the worst natural disasters in our state’s history,” said Senator Julie Slama, Representative of District 1. “But today, we stand on a spot where, thanks to local collaboration and support from Nebraska’s Affordable Housing Trust Fund, at least four families will be able to embark on a new and bright chapter in their lives, and Nebraska City will have more room to grow.”

The new homes are a step forward to address a workforce housing shortage in Nebraska City that’s been borne out in community surveys; there’s a reason, say economic developers, that hundreds of workers at the local Cargill and Honeywell plants commute in from out-of-town: there simply aren’t enough homes available in Nebraska City.

“When Highway 2 and the Interstate closed, commuters were driving literally hours out of their way to get here to work,” he said. “Our hotels and RV parks, even our camp grounds, were completely full of people who were relocating for weeks and months at a time. That really proved the fact that we need more workforce housing here in Nebraska City; a lot of those families would likely opt to live closer to where they work were the option available.”

Meanwhile, before the waters even had a chance to recede, the Housing Team at the Nebraska Department of Economic Development (DED) was working swiftly to amend the State’s annual action plan for the Affordable Housing Trust Fund, enabling the allocation of housing assistance monies to flood-impacted areas.

“Because of the Trust Fund resource, we were able to shift $3 million to help some of our state’s hardest-hit communities start to repair, rebuild and address the housing issues that arose,” said Lynn Kohout, DED Housing Manager.

Nebraska City was awarded $500,000 from the resulting Disaster Recovery Housing (DR) program to finance today’s new builds, and Mauk says project leaders will attempt to stretch the money even further. For now, the four units under construction will be priced to serve households at or below 120% of the area median income — an ideal range for working families.

“Our hope is that this and future developments are really going to help us grow our workforce, and at least ameliorate some of the issues we experienced in 2019,” Mauk said.

He paid tribute to the local and regional groups that contributed to the DR grant. This includes Growing Regional Economic Activity Today (GREAT) — a local 501c3 set up to tackle needs in the community — which took the lead as funding applicant. There’s also Mauk’s agency, NCED; the City of Nebraska City; and Nebraska City Utilities.

Southeast Nebraska Economic Development District (SENDD), the designated grant administrator, played a large role in helping GREAT apply for DR dollars. SENDD Housing Program Manager Jim Warrelmann commended the collaboration that allowed the project to come to fruition. He said SENDD works with the Trust Fund multiple times a year, and commented on its “tremendous importance” as a resource for affordable housing development.

“Housing is critical, but it’s also a community challenge,” Warrelmann said. “You have to have engagement and buy-in locally to get it done. We are truly fortunate in Nebraska to have a source of State funding that can help communities that are willing to put in the hard work to make strides toward their goals.”

Mauk called today’s groundbreaking a step in the right direction — just one piece in what needs to be an ongoing effort in Nebraska City to build more homes to keep up with a growing workforce. Meanwhile, for a handful of families, four empty plots of land will someday soon become that silver lining you can always expect to find after the storm waters recede — a ray of light to outshine a tough two years.